Fear of your Mother in Law, Laughter & Opinions 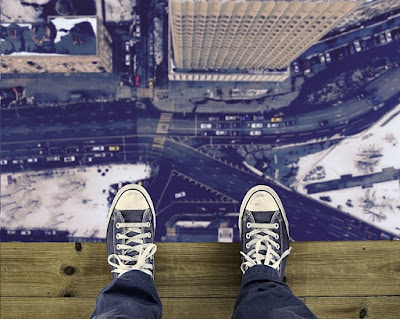 The worst day of your life!

(Only kidding, this is just about psychology).

How many jokes can you tell? Comedians would die a death on stage without using their mother in-law as killer material. Les Dawson used to not only tell jokes about her but dress up like her too.

Now, it would be darn bad news to suggest that every would-be husband or bloke with a ball and chain around his cankle is  having sleepless nights wondering if, at some point, there will be a kind, considerate and menacing knock at the door. The smell of Olay wafting through the letterbox and the dulcet tones of ''It's only me!''

Who is that? Sounds like the mother in law!!!!!

So many son in-laws are blessed with a ''second'' mummy.

However, there is a word for all this! A word which tells a very sad tale. Some men (and women) have a phobia called Socerphobia (nothing to do with football). It's a phobia of parents in law.

I'm sure you're laughing about the whole mother/father in law scenario. I mean, who wouldn't laugh about it? I'll tell you who! Someone with a problem that most of us don't have. Some people don't dare watch a comedy on TV. They only feel safe watching Jimmy Carr because they know it could bring on a fear like no other fear.

The fear of laughter is actually real. I must admit, I have never known anyone with such a fear. Perhaps they are too cheerless to mention it in general conversation. However, if you know someone who never - ever - laughs at your jokes, is ''seemingly'' miserable 24/7, and they never watch comedies - you might have a candidate. Whisper to them (no, not a joke). Do you have Geliophobia?

Where would the average mother in law be without an opinion? They need the odd comments to created a bit of conflict to last a year or two. So, I guess we can be assured that no mother in law across the world has this particular phobia. Allodoxophobia. The fear of having an opinion. How could someone last a day without having an opinion? If you know some then please feel free to keep asking their opinion about house decor, the weather or some randomness which is bound to get no response. Take joy in the fact they not only have no opinion but come out in a cold sweat just thinking about it.

Do you know a parent in law who doesn't laugh or have an opinion.

Never.
Photo: Pixabay free for commercial use and no attribution but given
Email ThisBlogThis!Share to TwitterShare to FacebookShare to Pinterest
Labels: Laughter, Mother in laws, opinions
Newer Post Older Post Home