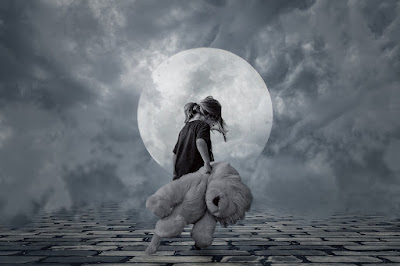 I guess these three words could be described as the good, bad and ugly. I would imagine most people have partaken in owning a teddy bear, drinking alcohol and even lying.

It makes me wonder who is the person who still has all three going on as an adult, especially if a man. I have this scenario in mind of a toy collector (bears), who lied about the price he paid for this Stieff bear, which tormented him so much that Mr Bear Collector turned to alcohol.  I'm sure you could imagine lots of story lines.

Plenty of people have lied or turned to alcohol when gambling goes wrong. But I wonder what they would say if you ask how they are...

As always, everything in moderation and remember that willpower is a good foundation to build reason, logic and responsibility.

So what does psychology tell us about these three things:

Do you know the most common lie?

As many as 9% of adult Americans have been to Alcoholics Anonymous meeting at some time in their life.

Fat Teddy Bears. Well, lets talk about fat in general - piling on the pounds. Posting a calorie chart in fast food restaurants leads people to choose less healthy options.
Photo: Pixabay free for commercial use and no attribution but given