Does Smoking A Cigar Improve Your Gambling Performance? 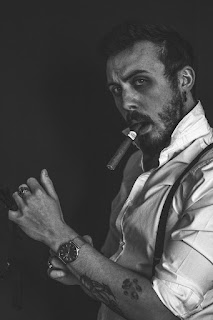 I doubt anyone has asked you this question before.

Perhaps you feel compelled to ask the next gentleman (or lady, God forbid) who is smoking a large cigar about their performance in the many and varied aspects of their daily life.

It's funny but even Sigmund Freud was nearly cornered by the insight of one of his students who asked about him smoking a large cigar. Clearly, relating to the point it could be seen as a phallic symbol. Freud, a true intellectual giant, considered the question with interest and intent. After a few moments thought he uttered these famous words: ''Sometimes a cigar is just a cigar!''

Have you noticed how many professional gamblers are seen in films, the press and even in real life smoking a cigar? Billowing plumes of nicotine fighting with carbon monoxide with an element of uranium. I've never been a smoker, but my father loved a pint and Castella. When he was feeling flush, he'd whip out a King Edward. I must admit, I always enjoyed the smell of those wafting fumes.

Why do people associate gamblers with smoking cigars? I guess in the first place it takes a wealthy type to smoke anything these days. Especially a Cuban cigar, or a hand-rolled number like a Double Corona Regius. Surely, no one smoke these sticks of TNT as they cost $54,000 each. It doesn't sound possible, hey, but that's the word from the smokers' den. Personally, I would rather visit yukon gold casino > get 125 free spins + $150 bonus from wisergamblers.
Sir Mark Prescott, a horse trainer related to the Queen, used to be synonymous with cigar smoking. An avid steamer, he sent tremors across the bows of Cigar Aficianodos Magazine when the slick-backed maestro gave up the habit of a lifetime and soon after went on the cold list of trainers who simply couldn't find a winner for love nor money. Any takers for 10 nicotine patches to 5. Anyone!

From a medical perspective, smoking is dangerous. It's worse than gambling unless you smoke old betting slips. (Joke) One of the few advantages of smoking is that it may help prevent obesity, as nicotine is an appetite suppressant.

Here's my philosophy about smoking cigars and gambling. If a gambler can afford to smoke a big cigar it shows they have money to burn. Which in turn details they have some wealth, prosperity and success. Smoking a cigar may help fulfil the desire to be the part of a successful gambler acting as a self-fulfilling prophecy. If you see a punter at the racecourse smoking a large cigar do you think of success or failure?

Question: Should you place a bet or buy a £10 cigar?
Photo: Pixabay free for commercial use and no attribution but given
Email ThisBlogThis!Share to TwitterShare to FacebookShare to Pinterest
Newer Post Older Post Home