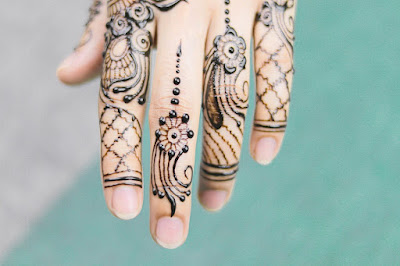 The world of psychology. It's spooky like an informed witch. Let's face it, if you could pump millions of pounds into research which you knew longterm would make five, ten, twenty or one-hundred times return on investment what would you do?

Truth be told, we don't know the impact of psychology upon us in this day. Sure we know the basics but are we likely to understand something big? Something that is a closely kept secret. As long as it keeps reeling in the cash - like a one-armed bandit with three melons ready to fall - we know Jack Sheet.

The three melons are Peter, Paul and Jane. Poor souls. They have just been manipulated with joyous splendour into paying for something they don't want and they are telling everyone about this thingamebob like Carol Vorderman spouts on about equity release while answering the dreams of some random child she showed how to do long division (until the director said: ''That's a wrap'').

Years ago, I used to go to the Isle College in Wisbech. Capital of the Fens. I was born in this small town and don't mind saying it is a beautiful place with a rough and ready crowd. Sorry if that offends, but it's true. Anyway, besides a touch of slander, I used to go in the bookmakers on Market Square. The one in the corner. I can't think which BRAND it was. It wasn't Ladbroke as that was down some little lane. This is about a million years ago so I doubt any of the places are the same.

Anyway, I used to go to the bookies to get out of the cold if buying some food in town. I had an interest in horse racing even in those formative years so it was good to watch a race or two. I used to enjoy the crowd. A mix of young and old. A regular called Mr Christmas. It was a nice little group. I didn't use to say much as I'm quiet until I get to know people. But I felt like I was part of the community.

They had all manner of opportunities to gamble. Horse racing, greyhounds, virtual racing (if you bet on this you need psychiatric help!) and also, some crazy bingo game. It was playing as though on a loop. Numbers, numbers, bloody numbers. There was this old bloke who sat in the corner. I don't think his legs were too good so he didn't like to walk to the counter too often.

However, over the weeks, I watch him musing over his bets. He was slow and deliberate like a tortoise. He had a dodgy hand. And a laugh like a green woodpecker. A beady eye that gave the impression he was looking at you through a periscope. He enjoyed a bet on the horses.

He used to complain about the bingo with its incessant number calling.

It had some kind of jingle to it which sent a sickly-sweet feeling through your stomach. I'm sure I saw the old bloke bracing himself a few times as if he was about to throw up.

I kept him at arm's length, rather warming to the festive conversations of Mr Christmas who seemed happy 365 days a year.

You maybe thinking, well what's all this bingo talk about.

Here's the psychology. Every time the number 50 was called, the old bloke rushed to the counter to placed a bet. At first, I thought it was just a coincidence. But it seemed to happen as regular as clockwork. It was difficult to tell how often he bet as afterwards, he would leave and say he was going to do some shopping.

I wonder what happened to that bloke?
Photo: Pixabay free for commercial use and no attribution but given
Email ThisBlogThis!Share to TwitterShare to FacebookShare to Pinterest
Newer Post Older Post Home